According to the 2020 Chinese Zodiac calendar, the Lunar New Year starts on Saturday, January 25th and ends on February 11th, 2021. It is the 4717th Chinese New Year and the Rat is it’s representative. 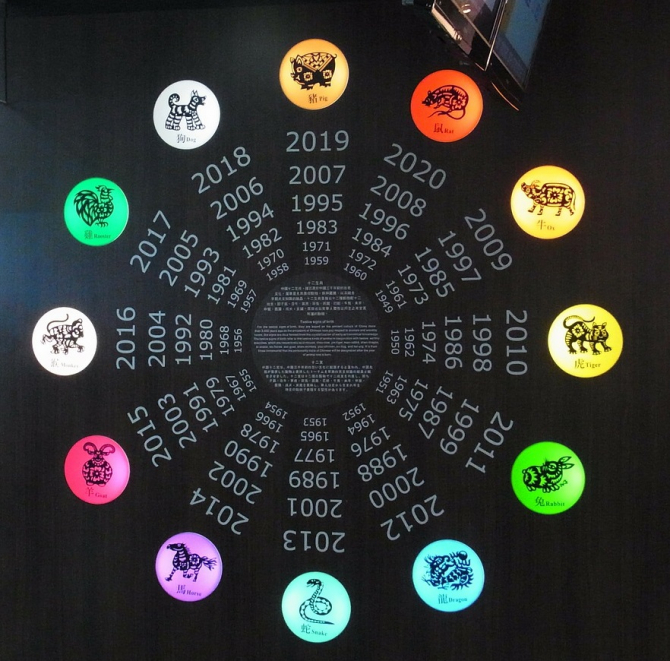 The Rat is the first sign from the 12 animal cycle and is considered to be the bringer of new beginnings and renewals.

So what does the Rat symbolize?  Strong Vitality and Fertility.

In ancient times, the Rat was worshiped as a god and was offered sacrifices to ensure increased success and prosperity. Even today, in some cultures, Rats are revered and believed to be the reincarnation of deceased ancestors.

When it comes to the rat communicating with God, we can get a basic idea of how ancients looked at the rat by examining dream interpretations. Everyone has dreams, so is it lucky or unlucky if you dream about rats?

Emperor Wen of the Zhou Dynasty (1045 BC–221 BC) interpreted dreams about rats, as follows:

Lets go with the dreaming of many dead rats!

It has nothing to do with dreaming when you hear the pitter, patter of tiny feet (or the thunder of many feet) in the attic at night or see nasty rat droppings around the house.  You are wide awake! Luck is on your side as professional rat control companies are ready to help you get rid of rats and keep them gone.  Follow this link to view tips for keeping rats off your property and out of your house.

Here are some famous personalities, besides Master Splinter (Teenage Mutant Ninja Turtles), Rizzo the Rat (Sesame Street)  and Ben (the rat leader of a swarm of rats trained by Willard Stiles in the movie Willard) born in the year of the Rat.

Fall (and continuing through winter) is the time of year that nearly all of the rat infestations occur, according to a survey from the NPMA (National Pest Managem

With daytime and overnight temperatures falling, animals go into overwintering mode and for them this means leaving the landscape for warmer places which can provide food and water and a safer environment in which to have and raise their young. Your home is at the top of their list!

Rats (and mice) are our most frequent unwanted visitors, this time of year.

Besides being disgusting, noisy and destructive, rats and mice can contaminate food, spread diseases, bring on allergies and even invite their friends; fleas, ticks and lice into your home.  Rats, especially, have been known to damage property by chewing through drywall, insulation, and electrical wiring (including vehicle wiring).  So, if you park your car outside, don’t forget to check under the hood frequently.

Prevent rats and mice from making your house their home by:

Rats and mice are sneaky, determined  creatures, so if they’ve gotten past your best defenses, it’s time to call in the professionals.

Rats and mice have a need to gnaw.

Rats and mice gnaw to take care of their teeth.  Their front teeth constantly grow and without gnawing and chewing to reduce the size of their choppers, the teeth would grow right out of their mouths until they would be unable to eat therefore starving to death or the bottom incisors would poke through the roof of the mouth stabbing into the brain. Not a good way to go!

Every time I sit with my grandkids and watch their favorite movie, Disney’s, Ratatouille, I can only picture in my mind the “cute”, humanized rats running around a kitchen, peeing and pooping uncontrollably even shedding hair and their fleas and mites as they create fantastic meals for their human patrons.  I am so grossed out!

You see, being in the pest control industry for over 20 years has taught me a lot about animal habits and physiology, and although it is a myth that they have no bladders and no sphincter muscles, it’s a fact that rats and mice  constantly eleminate their waste wherever they happen to be and quite frequently.  So, wherever they roam, they leave a trail of feces and urine behind.  “ICKY”!

These pests are more than just a nuisance.  Rodents, such as rats, mice and even rabbits, are associated with a number of health risks.  Rats and mice alone are known to spread more than 35 diseases and these diseases can be spread directly to humans, by the handling of live and dead rodents, through rodent bites and through contact with rodent feces, urine and saliva.  Indirectly, diseases can be transmitted through fleas, ticks and mites that have fed on the infected rodents.  Rats and mice carry parasites, like tapeworms and are also responsible for eliciting allergic reactions, as their hair, dander and particles of feces become airborne.

Scary fact; a single mouse is capable of depositing up to 25,000 fecal pellets in a year.  That’s approximately 70 pellets each day (not to mention free flowing urine).

So, there is no question that prevention and prompt removal of these dirty guys, is of paramount importance.

Take precautions before cleaning up rodent infested areas.  Get rid of the rodents first, then seal up any entryways to ensure that rodents can’t get in in the future.  Then it’s time to clean. Here is a link to the CDC, Center for Disease Control and Prevention so you have the latest info on how to safely and efficiently clean up after rodents.  If cleaning up after rodents is just too much for you or too ICKY! Check out Corky’s Pest Control’s, Rodent Service program.

Vector control (a county program) has several suggestions for minimizing rodent infestations like trimming back trees and shrubs, cleaning up pet food and fallen fruits outside, closing entrances to your home larger than a quarter inch and cleaning up rodent feces and urine with a disinfectant that is rated for killing viruses.   They warn to not use a vacuum.  It could push pathogens into the air and increase the chance of someone breathing them in.

It is suggested that if you must use a vacuum, thoroughly spray entire infected area with a disinfectant that kills viruses, then let it stand until it’s dry.  Then vacuum carefully with a hepa-filter equipped vacuum. Don’t forget your face mask!

The following diseases are transmitted via rats:

The following are transmitted by Mice:

Want to identify the “dirty rats” or “marauding mice” that are invading your space, check out these links:

Fall is a time of change.  The weather is cooling, leaves are falling, plants and animals are going into overwintering mode and for animals this means heading out of the landscape for safer, warmer places, like inside your home, inside your car or inside your BBQ (not to mention inside pool equipment cabinets).

The most frequent unwanted visitors, this time of year, are Mice and Rats.

Besides being disgusting, noisy and destructive, rats and mice can contaminate food, spread diseases, bring on allergies and even invite their friends; fleas, ticks and lice into your home.  Rats, especially, have been known to greatly damage property by chewing through drywall, insulation, and electrical wiring (including vehicle wiring).  If you park your car outside, don’t forget to check under the hood frequently.

Prevent rats and mice from making your house their home by:

Rats and mice are sneaky, determined  creatures, so if they’ve gotten past your best defensive line, it’s time to call in the professionals.

Rats and mice have a need to gnaw.

They’re not looking to add wiring or building materials to their diet, they are doing what they need to do to promote good dental health.  Yes, rats gnaw to take care of their teeth.  Their front teeth constantly grow and without gnawing and chewing to reduce the size of their choppers, the teeth would grow right out of their mouths until they would be unable to eat therefore starving to death or the bottom incisors would poke through the roof of the mouth stabbing into the brain. Not a good way to go.

Members of the Muridae family are the dominant species in every region of the world, due to their ability to adapt to and exploit new situations. Commensal rats and mice, those that live at the expense of humans, invade their dwellings, eat their food, upset their comfort, and frequently transmit diseases to them, belong to this family. Three species of commensal rodents are the most widely distributed: the Norway Rat, Rattus norvegicus; the Roof rat, Rattus rattus; and the Common (House)  mouse, Mus musculus.

When natural disasters strike, rats and mice experience the same suffering as humans. Many of them are crushed to death or drowned, die of starvation, or fall prey to infections. Their populations are frequently decimated. Survivors, fearful and disorganized, wander into new areas in search of protection, shelter, and food. It ta

kes time for them to regroup and reorganize their social behavior, become familiar with their new environment, find safe havens, locate food and water, and memorize their movements. All this occurs before they can again begin reproducing.

Colony building and reproduction will only begin when their new ecosystem has stabilized. This typically takes 6 to 10 months under favorable conditions. As the rodent population grows and resettles, people have a greater chance of being exposed to the diseases carried by rodents. Rodent urine and dander also contain allergens that can cause allergic reactions or trigger asthma symptoms in sensitive persons and more than 9,000 persons are treated in emergency departments annually for rat or mouse bites.

FACT: Some rats, if provoked and cornered, will fight their way out of a confrontation, as will many wild animals. But most rats and mice do not directly attack humans. Young babies, bed-confined elders, and the homeless sleeping in doorways and alleys, however, are occasionally bitten by unprovoked rats.  In some cases, those cleaning up debris after natural disasters will come in contact with frightened rats (mice) and may experience bites.

So even with immediately decreasing populations, rats are perceived to be increasing because they gravitate to the same areas as humans and become more prevalent and  evident in those environs.

Why are rodent populations, and their movements, so important after disaste

rs? Because events like Hurricane Irma and Jose, the fires in our great northwest, tornados in the midwest and the earthquakes in the U.S. and Mexico, can change the ecology of affected areas, making it more favorable to rats and other vermin. At the same time, they can curtail community services that can keep these  pests in check.

For more information on Rats and Mice and the illnesses they cause and the diseases they carry, check out this link:  https://www.cdc.gov/rodents/diseases/index.html

Need to know how to get rid of Rats and Mice? Check out this website: https://www.corkyspest.com/rats.html